In recognition of International Women's Day 2022, we sat down with the Women of Micdee to learn about their views on leadership, their professional motivations, and the decisions that have gotten them to where they are today. 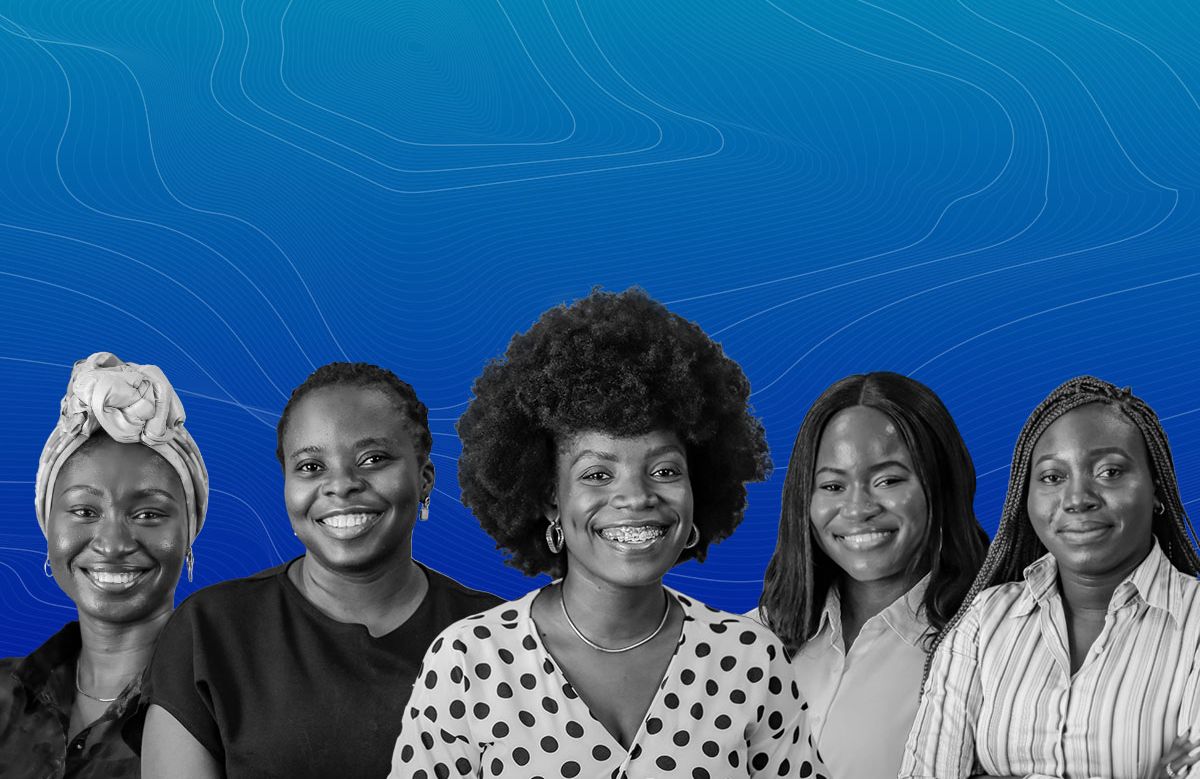 In recognition of International Women’s Day 2022, we sat down with the Women of Micdee to learn about their views on leadership, their professional motivations, and the decisions that have gotten them to where they are today.

In our final interview for this series, we speak to Mayowa Olomo, a Senior Designer and our Acting Head of Design: 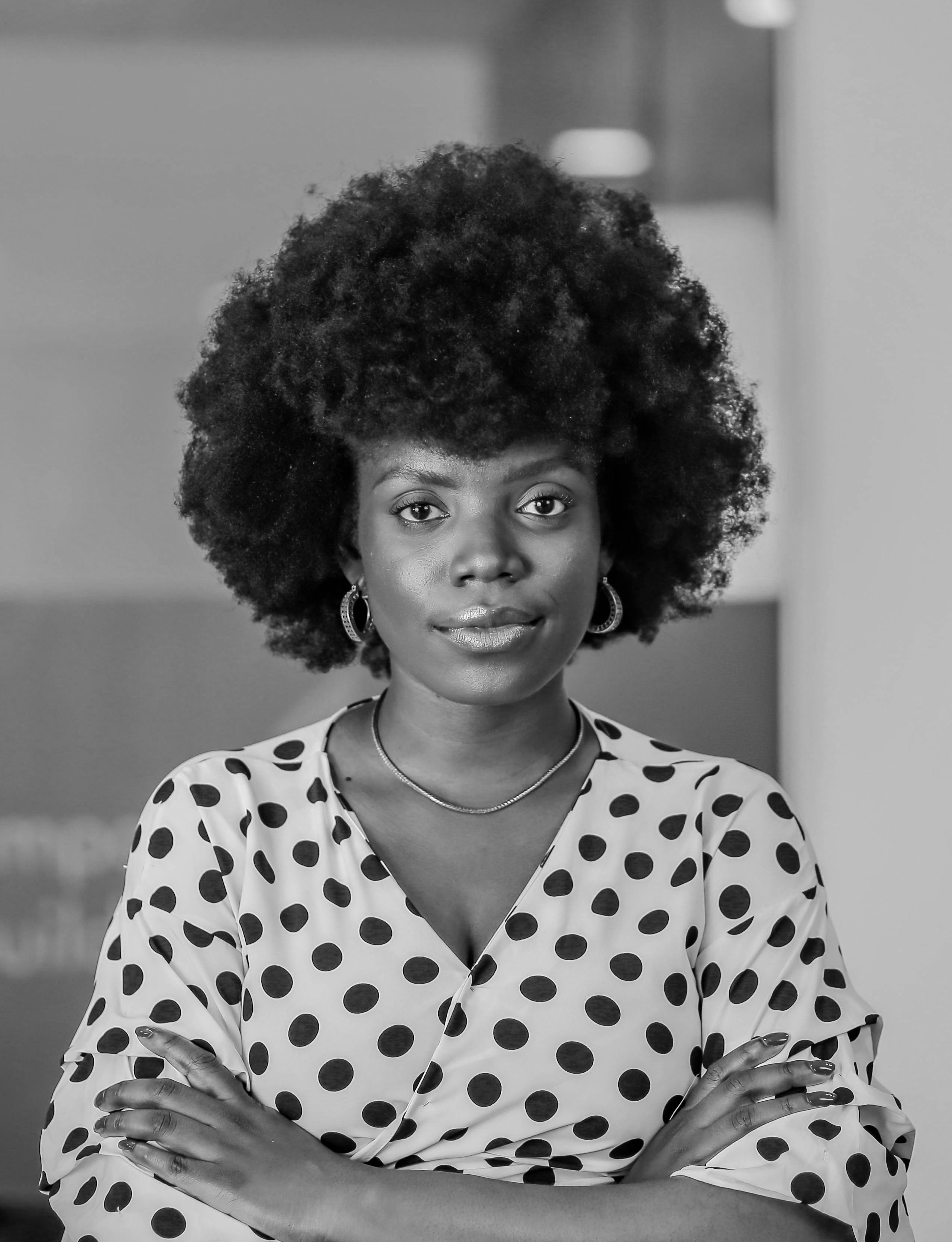 In your experience, what do you think makes a great leader?

I think being a great leader requires the right balance of various attributes; the most important would be vision.

I think it is important that as a leader the goal is clear, and what you’re working towards is clear. If you are clear on that then it would be easy to carry people along, sell them the dream and get them to work towards it.

Then you have other things like being a charismatic person, being able to take feedback, being able to delegate, and all-round just cheering for your team and making everyone feel they are valued and accepted. Being a good listener is also important.

What do you think professional women today will look back on and wish they had known or done differently five years from now?

I don’t think my answer is particularly to women but to people in general. There can be a tendency to not do; not take deliberate steps to achieve your goals and dreams, and as time goes by you can look back and realize, “if I had started this thing a couple of years ago I would have achieved it by now.”

So my advice would be to just do. If you have a dream go after it, if you have plans take deliberate steps to execute them.

In line with this year’s IWD campaign theme, how you do intend to #breakthebias in the workplace and in life generally?

I think it’s safe to say that I work in a bias-free work environment so at work I don’t think there’s anything I can think of. But in general, I think it would be to speak up and educate people when there is a bias, whether consciously or unconsciously. For instance, I’ve had experiences on-site where people are shocked that I’m an architect. They say, “ah you’re a woman!” and they say it like it’s a compliment. I know that they mean no harm by it but I think moving forward I should make a deliberate effort to check them when those comments are made and let them understand that there’s nothing odd about it - it’s not out of place for women to be in whatever field of work that they choose to thrive in.

Over the years, have you encountered any barriers to your success or growth as a woman?

I don’t think I’ve encountered barriers. I think I’ve had access to all the things that my male contemporaries had - good education, teachers paid as much attention to me as they did any of the other students in class, my parents nurtured me the way they nurtured my male sibling.

I’ve already established that people being surprised at me being an architect is a bias but it was never a barrier, so I wouldn’t say that I’ve experienced any barriers. I have had all the opportunities that I’ve wanted and I’ve been given access to all the things I believe I’m deserving of. So no, no barriers.

Was it always part of your plan to become a leader?

I don’t think it was a plan. I’ve naturally always found myself in leadership positions. I’m the first child so naturally, you have to lead; but growing up I actually did find myself in a lot of leadership positions even though I did not seek them out. I was the head girl in both my primary and secondary schools and I didn’t think much of it at the time - I just thought it was because I was smart. While in the university I came to terms with the fact I do have some attributes that make me stand out and show that I can take on leadership roles, and I did serve in a leadership capacity also during my university days. So I think I’m a natural leader; I don’t think that I wanted to be one or I went out of my way to be one but I think after university, I have made more deliberate efforts to assert myself and make people see the work that I do and notice me but it wasn’t always the case - it started in my adulthood.

What are some of the traits you admire amongst the women you’ve worked with?

I have actually worked with very strong and very assertive women. I think assertiveness is one of the traits that I admire in a lot of the women I’ve worked with. I don’t think I’m a naturally assertive person and I’ve realized that I have to learn that and go out of my way, but I think I’m better at it now.

During my first internship at an architectural firm in Ibadan, two of the best and most senior architects there were women. Their work was almost never called into question because the quality of the stuff they put out was good and they were able to defend it. Also here at Micdee, the women I work with are very bold, they express their opinions without fear.

I’ve worked with people who are very diplomatic; they know how to handle and diffuse situations, and they know how to pass information across without offending anyone but still saying what needs to be said. They are not dancing around the issue but at the same time, they are not lighting any fires.

I’m not 100% as great in these areas and maybe that’s why they stand out to me but those are three attributes that I admire.

What is the greatest risk you’ve undertaken in your career?

Agreeing to handle a project that was different from the scope of work that we usually carry out.

I was assigned as the lead on the project and I could have pushed back and said it doesn’t fall within my jurisdiction or what I’m trained to do but I took it on, and if I do say so myself I think I pulled it off really well.

I would consider that the biggest risk because I did not realize that that project would have the effect it had on me. I think it opened my eyes to see that I am capable of much more than I think I am. I did it with ease and thinking about it, I am very proud of myself. In the moment it was hard but I finished it and I realized that I did not die.

What has helped you build confidence professionally?

Actually doing the work. I haven’t been in the industry professionally for a very long time and I experienced a lot of fear at the beginning because what you learn in school is not the same as what you learn in real life, but I realize now that I build my confidence by doing the work. I am assigned a task that I don’t think I can do but I go ahead and do it, and the more I do that the better I get naturally - the more confident I am. So I would say doing the work has helped me build my confidence.

Then appraising myself; I think it’s important to sit down, look at what you’ve done over the past couple of months and appraise yourself. “Could I have done more?” “Where are the loopholes in what I did?” I started that recently and it has been very helpful; so I see where there are gaps, I see where I need to make improvements, it makes me more self-aware and that in itself builds my confidence. I know the things that I’m great at and I know the things I have to work on.